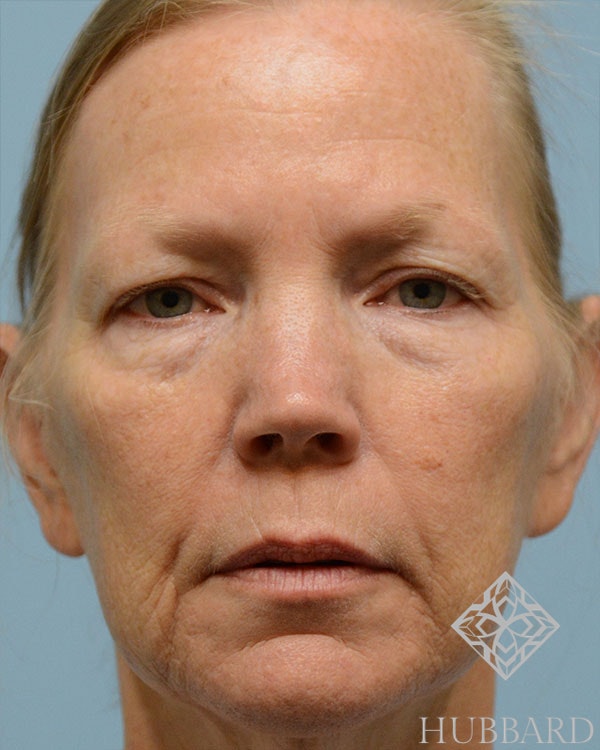 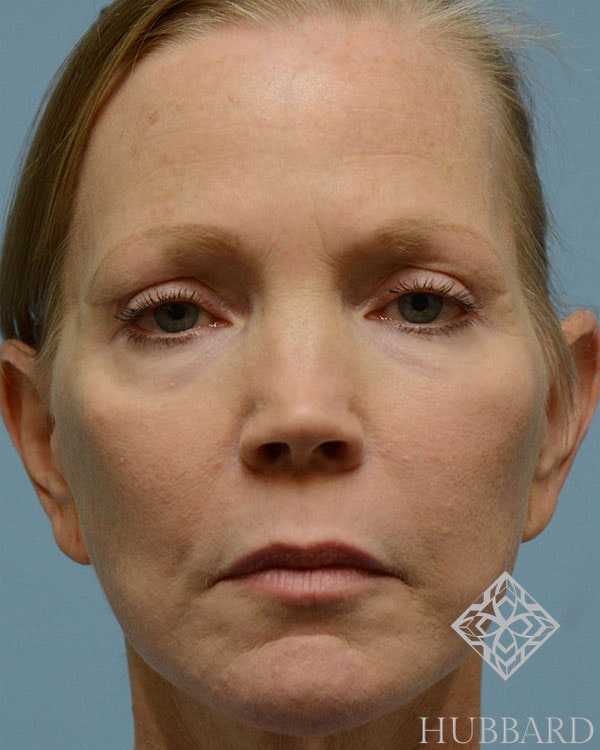 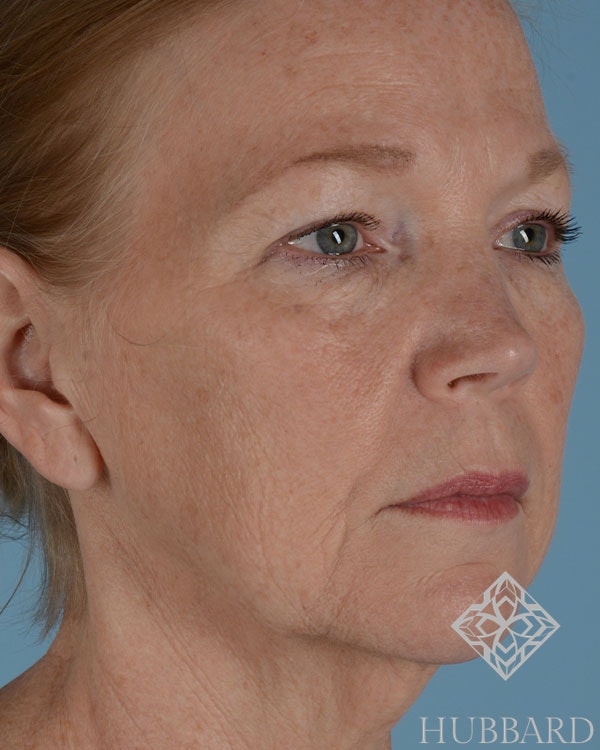 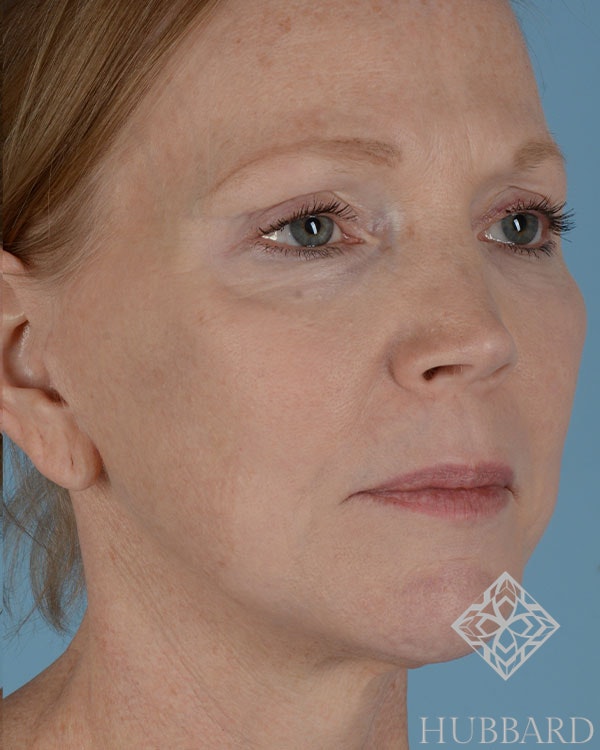 This Virginia Beach woman in her mid-fifties underwent gastric bypass and lost a very large amount of weight which left her with considerable sag of her facial skin. Even with significant weight loss, aging occurs in three ways: sagging, sinking in (or hollowing), and skin changes such as wrinkling. This patient wanted to address all three of these issues. She underwent a facelift with eyelid lift and fat injections to several areas of the face to correct hollowing and loss of tissue. She also had laser resurfacing of the areas around her mouth. The fat was of course her own, harvested at the beginning of the case. She is extremely pleased with the rejuvenation this brought. Hollowing was addressed beneath the eyes, in the cheeks, the areas around her mouth, inside the lips, beneath the lips and on the sides of the chin. This type of surgical approach that addresses all three aspects of aging consistently brings about the most natural results. Before fat grafting was routine, it was common for facelift patients to say they were happiest when there was still some swelling in the early months of recovery. Now with fat grafting to address the hollow areas, the best results are evident after the first month and last for decades. The result is also more natural for decades. Her oblique photo taken from 45 degrees on her right side, highlights the artistic sculpting of her jawline. A jowl or loose skin is usually not the only problem along the jawline. There is typically a sinking in front of the jowl called the pre-jowl and often the angle of the jaw lacks projection directly in front of the ear. In her case, not only was the jowl corrected, but fat was injected in front of the jowl to enhance the jawline in front of it and fat was injected at the angle of the jaw to build up the angle in front of the earlobe. The result is a more elegant and very natural looking jawline.