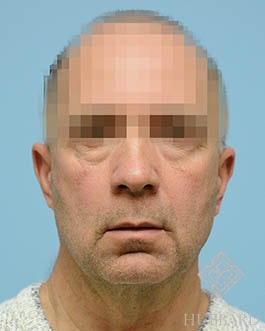 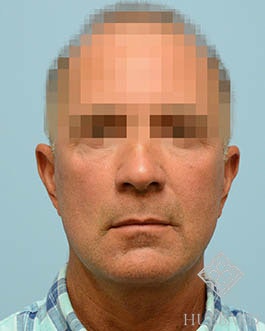 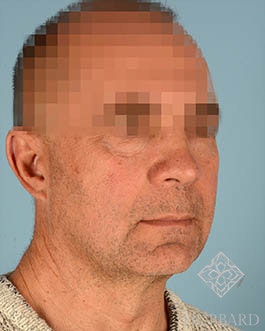 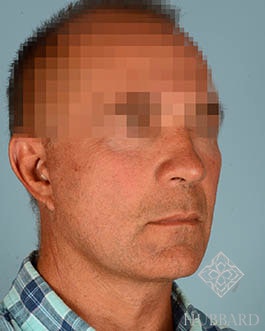 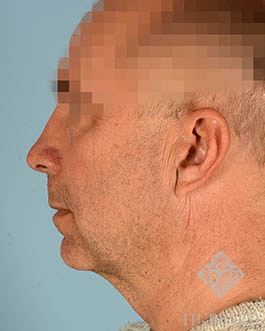 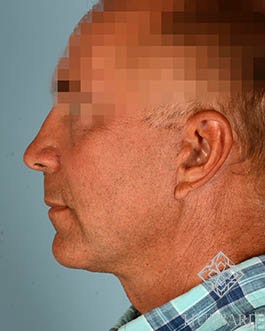 This Virginia Beach man in his mid-50s was bothered by his sagging, bulging eyelids and sagging of his face. He has always felt that his chin was small and now it is starting to show signs of aging with sinking in of some areas as well. After a thorough consultation, we decided on a surgical plan to address each of his concerns. With upper and lower lid blepharoplasty and fat injections to his orbital rims and M-lines, his upper face was rejuvenated. A facelift addressed his neck and jowl areas. Fat injections were done to not only the chin but to the deep crease above the chin for a result that is far beyond what a chin implant could ever accomplish. He is now four and half months after surgery where it appears the fat grafts are not going to change, probably for the rest of his life. He is very pleased with his natural and younger looking appearance.