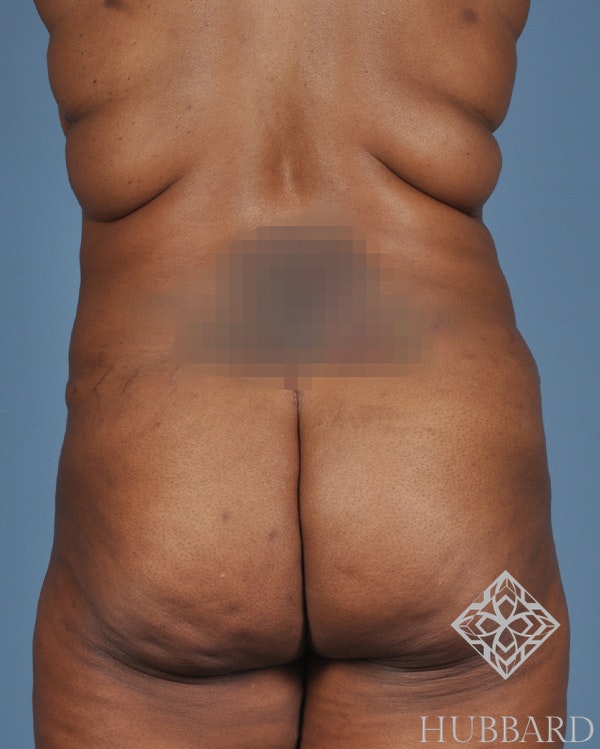 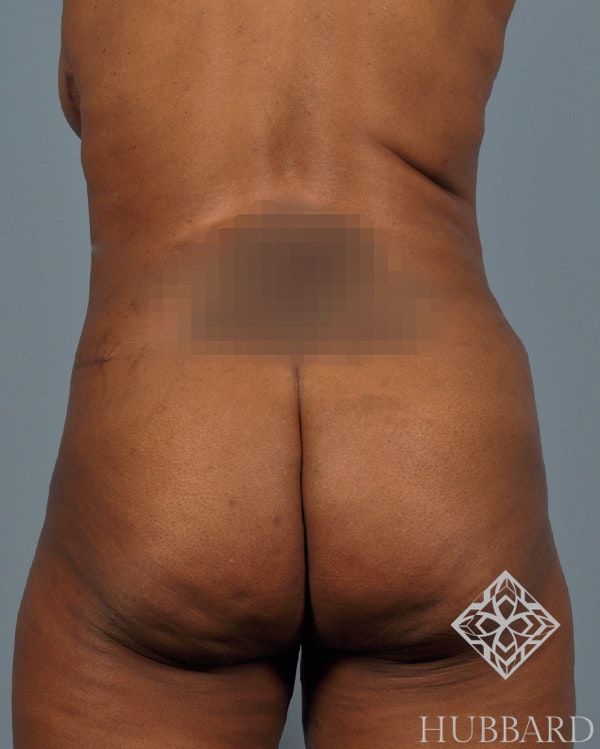 This 44-year-old woman was bothered by extra fatty accumulations on her back and flanks. She had previously undergone CoolSculpting at another practice. Unfortunately, she was one of a small percent of patients who had actually increased growth of fat. This is also called paradoxical hyperplasia. Multiple studies have indicated the best treatment for this is power liposuction with the MicroAire device. This is what we use for routine liposuction. This woman also has congenitally a very prominent right hip. She was told it was not predictable whether we could get rid of all the skin creases since that depends on whether the skin shrinks after it is deflated with the fat removal. She had not only liposuction, but we also used the MicroAire basket device that frees up deep skin attachments. This gives the patient a greater possibility of eliminating the creases and rolls as well. She is seen five months following her surgery and for someone in her forties, the amount of skin shrinkage is very noticeable.