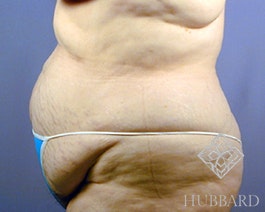 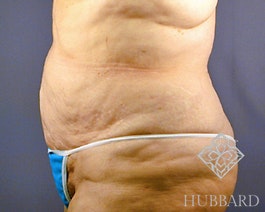 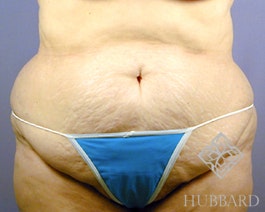 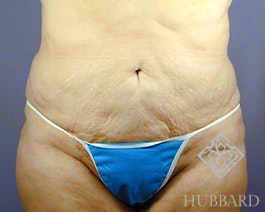 Liposuction to abdomen and hiprolls.

This 59 year old lady from Norfolk came in to consult with me because she was concerned about the fatty accumulation around her abdomen and hip rolls.  During her exam I noticed a significant amount of looseness to her skin as well as stretch marks.  I explained to her that the best way to address these issues would be an abdominoplasty or tummy tuck.  I explained that liposuction could remove the fat that concerned her, but it usually does not help looseness of the skin, and in fact, it can cause greater skin laxity.  Therefore, I explained that with liposuction, she would have a noticeable improvement in the way her clothes fit, but she may be disappointed with the looseness of her skin without clothing on.  After a thorough discussion, she decided she did not want the more extensive abdominoplasty and she was willing to accept the possibility of greater skin laxity.  As you can see from the photos following liposuction, she was excited about the result and skin laxity was not issue for her. This is the most I have seen skin contract after liposuction and would not expect this to happen with most patients, especially someone nearly sixty.  This type of skin contraction is not visible using laser liposuction.