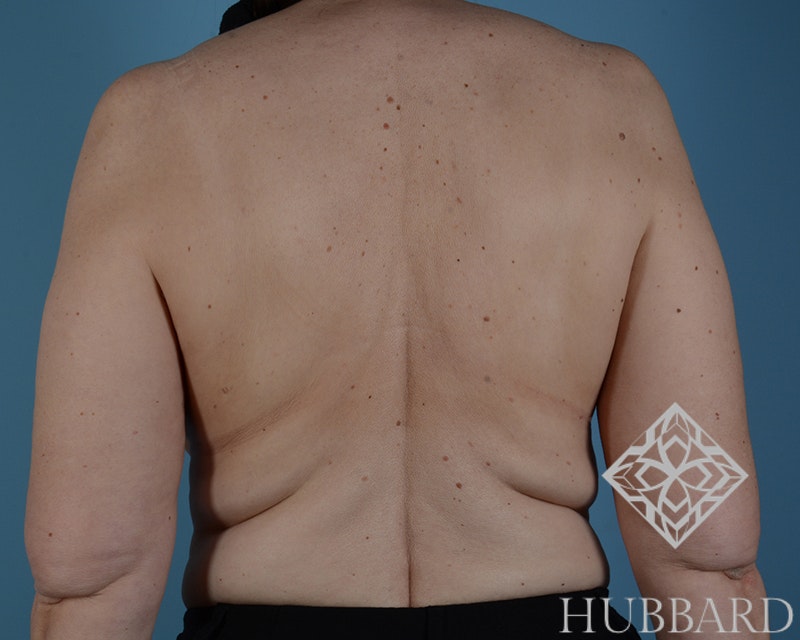 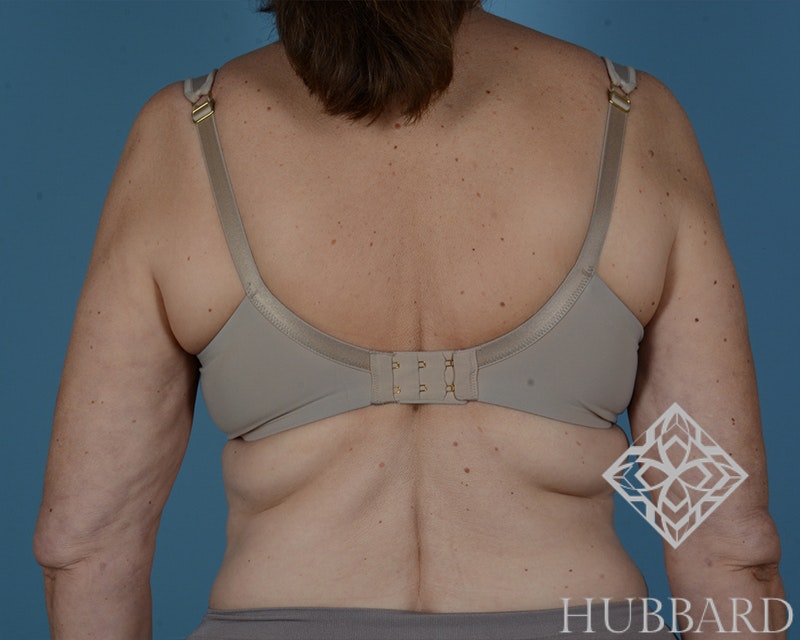 This 55-year old Virginia Beach woman has been bothered by large arms her entire life and she feels they are disproportionate to the rest of her body. It is a trait among women in her family, however she is looking for as much improvement as possible. Upon exam, she had significant fat accumulation in her arms. I explained the best result would be two stages of surgery, liposuction first, followed by removal of excess skin months later. With the first surgery I planned to use a newer liposuction technique that has the potential of shrinking the skin. With this method, Power Liposuction is performed and then followed by a Power cannula passed under the skin circumferentially around the arm to stimulate collagen production. She returned four months after this initial surgery so that we could plan her second stage of skin excision resulting in a long scar down her arms. At this point she was already extremely happy, as the skin had shrunk more than she expected. She decided not to proceed with the skin removal. Skin contraction cannot be totally predicted, but this certainly is more skin shrinkage than I would expect with traditional liposuction.