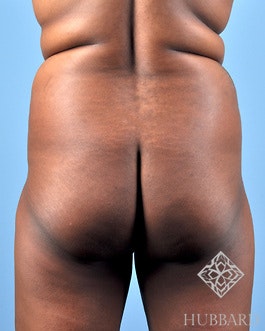 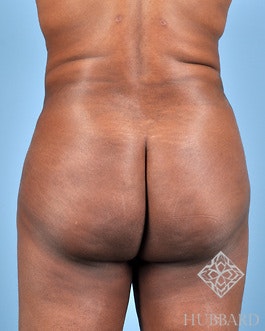 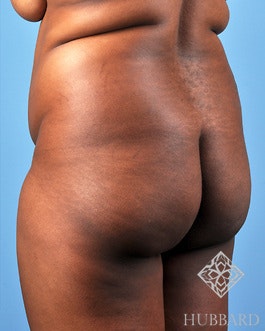 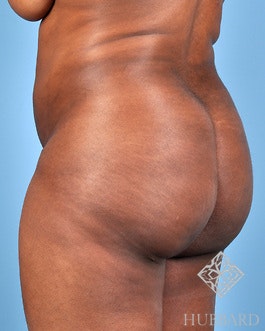 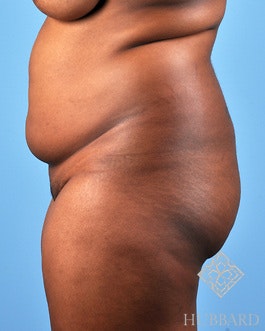 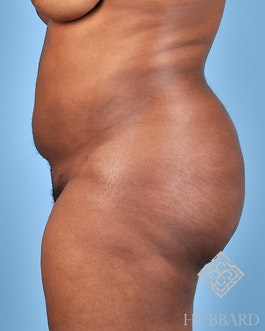 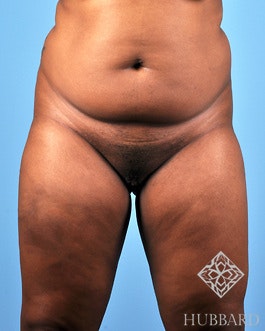 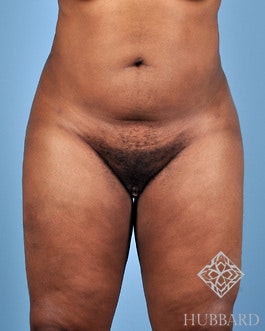 This 44 year-old-woman from Newport News consulted with me because she was bothered by flattening of her buttocks, as well as some undesirable fatty accumulations in a number of areas of her trunk.  We decided to use liposuction to aggressively sculpt her mid-section, which would also help provide the fat we would use for her buttock augmentation.  We accomplished a successful augmentation through fat grafting, injecting her own body fat into her buttocks, following a carefully thought out three-dimensional plan.  Notice the nicer, more feminine roundness to her figure, visible even in the front view. This was accomplished by grafting fat all the way around the side and into the front, to correct the indentations seen there.  After surgery, she was very compliant in avoiding sitting for the recommended amount of time, which helped her retain a maximum amount of volume from the graft. The “after” photos show her results four months post-procedure, after which time the grafts have generally “taken”, and the patient will likely see no further change in volume. This patient is extremely happy with the results of her fat grafting.