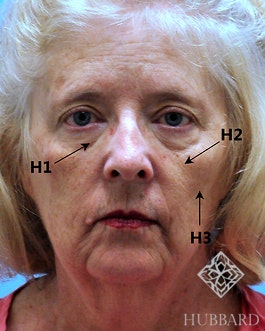 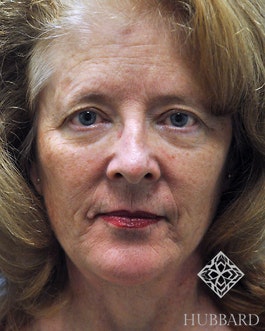 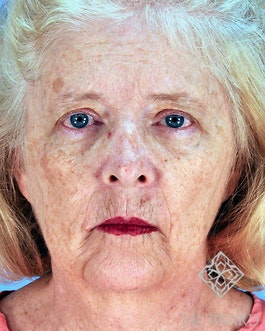 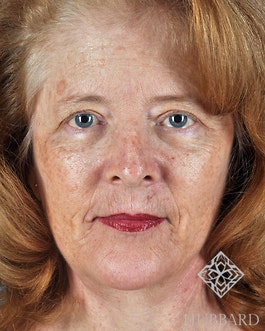 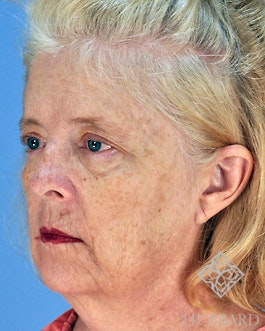 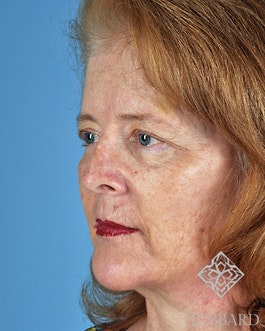 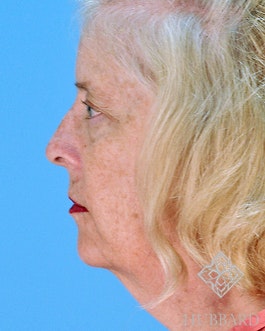 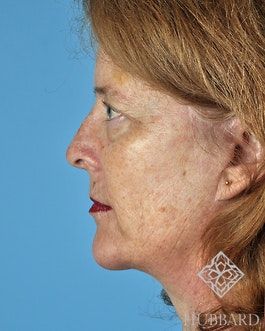 This 60-year-old Virginia Beach woman came in to consult with me about a facelift.  In her “before” photo and shadow view, we can see a large amount of sinking-in or “gaunting” in a number of areas.  As we discussed her options, she was surprised to learn how many of these areas would not be helped with a traditional facelift, but could be greatly improved through fat grafting.  She did not want a lower lid blepharoplasty, or “lower lid tuck”, but we could still give her improvement to those areas by injecting fat into the deep hollows beneath her eyes.  I pointed out to her the area labeled H2 and showed her how a facelift would not help this area either. With every procedure, our ultimate goal is to achieve the best result possible. This is a great example of a patient who has areas that would get minimal improvement with a facelift, but would get dramatic results by adding volume through fat grafting.  Therefore, in addition to her facelift, she had fat injected into her orbital rims, labeled H1, the hollow labeled H2, and the sunken area beneath her cheek bone labeled H3.  To achieve her best possible result, I also recommended a chin implant along with her lift, since her chin is very narrow – you can see her jowls hanging over it in front view, and how weak it appears in the side view.  She decided not to have the chin implant, but we were able to achieve a similar result by three dimensionally sculpting her chin with her own fat.  The “after” photographs were taken almost a full year following her facelift surgery with fat grafting, and we can see how well this fat has persisted. Usually, any injected fat that is still present at 4 months and has not been re-absorbed by the body will stay indefinitely.  Clearly, facelift technique is important in its own right; this patient had a two layer facelift with nice rejuvenation. However, fat injection has added an even more natural look with much greater rejuvenation.