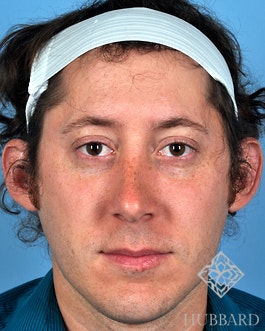 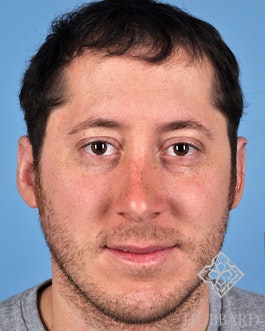 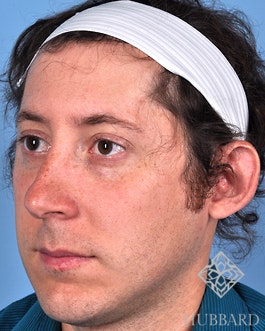 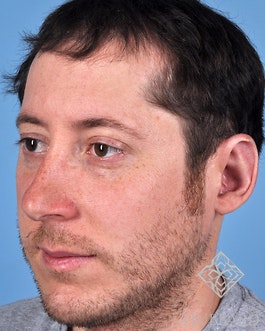 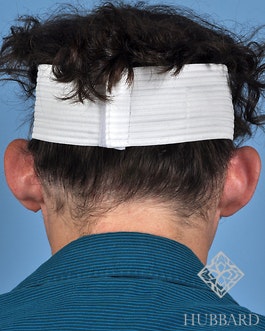 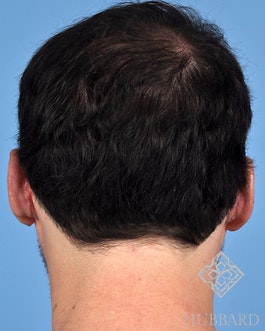 This Chesapeake Virginia man in his early thirties has been bothered by prominent ears most of his life.  This requires a thorough exam and discussion to determine the underlying cause of the prominence.  In his case, the conchal bowl was overgrown causing his predominate concern.  During our consultation, I explained to him that otoplasty techniques have improved greatly and are more reliable with less recurrence over time.   The most significant improvement for him would be removal of the overgrown cartilage.  This is much more reliable than trying to pull it backward, which invites the possibility of it springing forward again later. Still though, there needed better creation of folds.  This is best accomplished with permanent sutures which are special soft sutures that are less likely to be felt.  Also, I employed a new technique where some of the tissue behind the ear is placed over the knots to add padding, making it less likely the sutures will be noticeable.  These photos are taken four months after surgery and he has not had problems with any of these sutures, nor can they be felt.