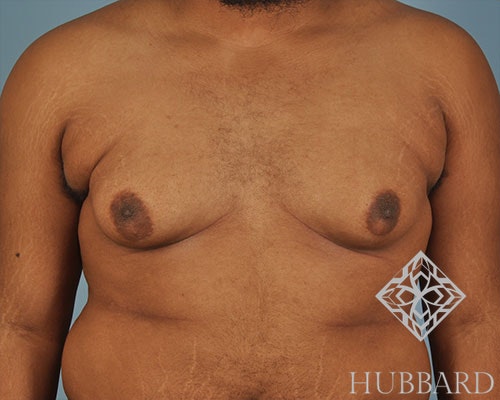 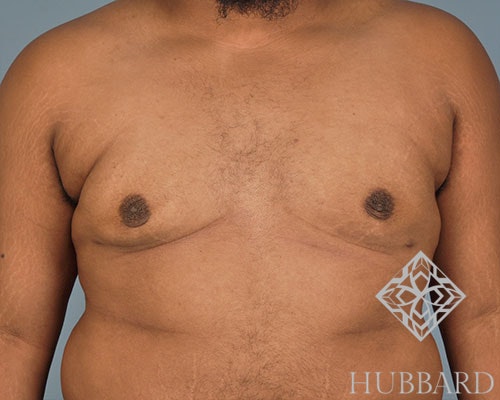 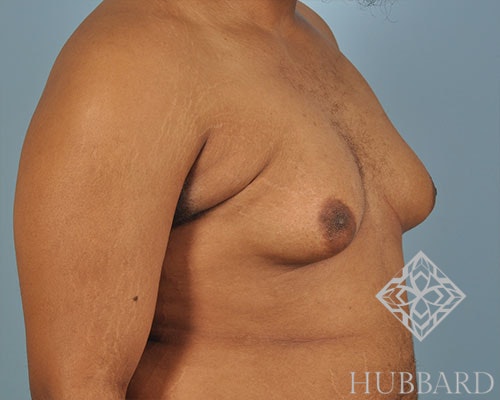 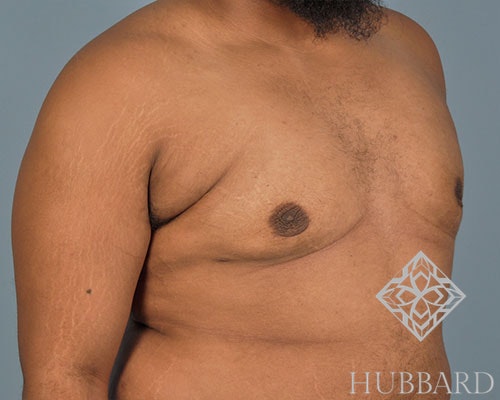 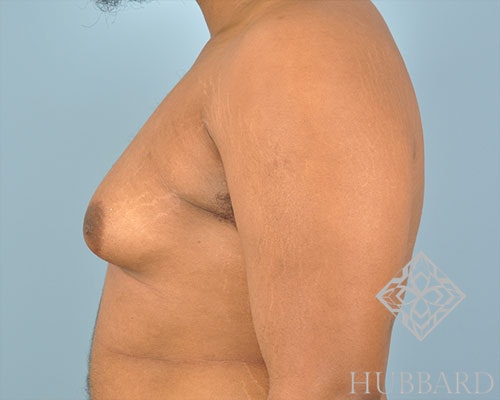 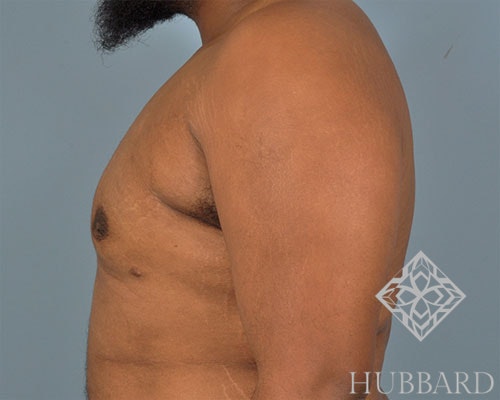 This patient is in his early 20s and has been bothered by breast enlargement since elementary school. The amount of breast enlargement is considerable, causing sag, especially on the right. During excision of gynecomastia (removal of the breast tissue), there is the option of removing a doughnut of skin around the areola. This is also known as a purse string lift. He was not especially bothered by the sag and understood that he could always have the skin tightened later. His post operative photo shows him four months after surgery performed under general anesthesia. He is absolutely ecstatic about no longer having breasts. Although there is a little sag most notable on the right, he is not bothered by this. This extra skin could be tightened with a procedure under local anesthesia, resulting in more scar. He is perfectly happy with his improvement and chose no skin tightening.